India moving towards Digitalisation after Demonetisation?

digital India digital wallets fintech startups after demonetisation Money Manager peer to peer lending Short term credit mismatch surgical strikes on black money why demonetisation
In the previous blog, you read about how our Prime Minister,Mr. Narendra Modi has made a strike on corruption. One of the breath-taking and historic move by PM. What I can say is “8th November 2016 will now be a day to remember”.

The 500 Rupee and 1000 Rupee note consist of almost 85% of the currency that was being circulated all over India but now they are like a piece of paper for some! 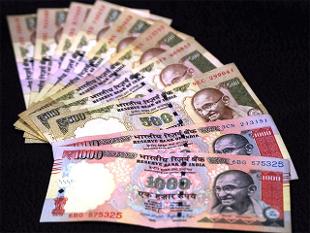 India’s Ministry of Finance stated that this demonetisation is to restraint financing of terrorism and put a curb on the shadow economy in India. As per some experts this move will also result is showcasing the people’s real income and ensure that they are paying a proper income tax.

This cracking move by the BJP government has put everyone in shock not only in India but everyone around the world. Due to this move, India is moving towards digitalisation. Everyone is going digital from big shop owners to a local pan vala.

Many of the shop owners and vendors across India have started accepting money through digital wallets such as Paytm, Mobiwik etc. Paytm for e.g. has seen a multifold increase in number of transactions and is said to have met its internal targets 4 months in advance.


How Fintech Startups can help you at the time of demonetisation?

Digital Wallets and E Payment Gateways: As government has put a limit on the withdrawal of amount from ATM i.e. Rs. 2500 per day and a maximum of Rs. 24,000 per week from a bank. Digital wallets can help you to a great extent as now many of the vendors do have this as a mode of receiving the amount. E Payment Gateways can also help you in dealing with demonetisation. You can also swipe your ATM card at most of the places as now a days do have an electronic machine for transactions.

Money Manager: Some apps do manage your transactions i.e. how many ATM transactions you have done in a month. These apps will help you to track your expenses.

Peer to Peer Lending Marketplace: Peer to Peer Lending is a practice of lending money to borrowers through online service that match borrowers directly with lenders. As small business owners whose work was dependent on cash flow to deal with the regular expenses has been affected by this demonetisation step. They are seeing the drop in their business of upto 40-50%. P2P lending platforms can help them to maintain their regular expenses. They can avail a short term loan for their business to maintain the workflow and also to maintain the creditmismatch as discussed in the previous blog.

While there is no debate of short term impact on lives of every Indian and Businesses that the demonetization move has had – the impact to a certain extent can be muted if we adopt digitization in our daily lives – how sustainable is this – is anyone’s guess!
Rupaiya Exchange - Online P2P Platform 11/27/2016 11:15:00 pm 3 Comments

Things you should know about GST

GST 4 Slab Structure GST bill VAT VAT implementation VAT on alcohol VAT on food
You will agree when I say “Everybody needs a relief in Tax”.

If you go in a cafe or a restaurant and order something you will find that there is a service tax of 5.6% on food in addition to this VAT is also charged. VAT stands for “Value Added Tax” which is levied on items that are sold in an improved form, where before the item is sold to you value is added to it. In restaurants, VAT is chargeable on food and items that are prepared in their kitchens not on the packed items such as water bottles, chips etc. Also VAT varies from state to state, it could be anywhere between 5% and 20%. For instance in Delhi, VAT on food is charged at 12.5% whereas in Gujarat it is 15%. VAT on alcohol served in Delhi restaurants and café is 20%. Also, many restaurant do charge an additional service charge of 10%, Swachh Bharat cess i.e. 0.2%, Krishi Kalyan Cess i.e. 0.2% and some of the restaurants also charge VAT on service charge.

From an above example you must have understood that how post charges and taxes increases the bill.
Note: This is just an example. GST will affect the current taxation system in a lot more ways.
So to standardize and simplify the current system of taxation GST bill was proposed.

GST stands for “Goods and Services Tax”. GST bill is India’s biggest tax reform that replaces all the indirect taxes with one single tax converting the country into a unified market.
This is the tax imposed when a consumer buys a good or service. This bill will eliminate the chances of cheating of taxes such as tax on tax on production and distribution prices of goods and services.
There would be no multi stage tax structure due to this tax structure that is a significant rise in the prices of goods and services in the market. GST will be unifying all the commercial activities of traders and merchant across India.
The four tier structure rate is under discussion ranging from 5% to 28%.

Most of the food items will be taxed at the zero rate as to control the inflation rate and lowest rate of 5% would apply to commonly use items such as species, tea, mustard oil etc.

Most of the consumer goods will fall under this category. Most services are expected to be costlier, as many services are more likely to be put under the 18% slab that are currently charged at the rate of 15%. Also many of them would get a benefit to be likely put in the category of second slab i.e. 12%

The fourth slab is the highest one and it will include white goods and services that currently lies between the ranges of 28-31%. The highest rate i.e. 28% will be charge on luxury items, tobacco products, pan masala, aerated drinks etc. Along with it cess will be levied on these item including clean energy cess.

What Impact does this GST bill put on public?

Going forward the Consumer goods consumed by the aam aadmi may become cheaper as they will be placed in second or third slab. Further, it would impact the businesses positively with the removal of multi-level tax system which is currently in place in the Country.


In India, a revolutionary action has being taken with Rs. 500 and Rs. 1000 notes been discontinued. They are no longer a legal tender. 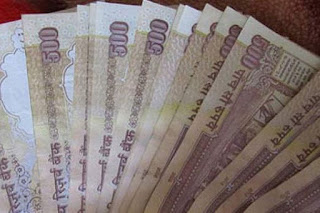 In the previous blog, you read that "On Tuesday, PM Narendra Modi made an announcement that RBI (Reserve bank of India) demonetise Rs 500 and Rs 1000 currency notes universally from 8th November 2016 Midnight.

The Indian economy has two facets to it – one the real economy and other the cash economy – and most of the trade transactions used to happen in cash (i.e both buying and selling happening in cash).
Considering that the currency notes in circulation, in general, represent approx. 12% of the Country’s GDP (among the highest in the world), a move like this is bound to have economic implications, atleast in short term. As an analogy if we consider trade as a machinery and cash as oil; the demonetization has essentially led to removal of oil from the machine which would lead to slowing of the machine aka the trade.

While this is a short term phenomenon and the financial institutions are geared up for managing and ensuring that the impact of this move is limited, in the short term the general traders may look at following options to manage the short term credit mismatch

1.       Plastic currency: Use of credit cards may be encouraged to sustain the momentum of trade;

2.       Digital wallets: Digital wallets including PayTM, Mobikwik, PayU may be used for ensuring transactions are happening on a regular basis, for smaller amounts (of course)

3.       CC Limits/ OD Limits: Banks and financial institutions are encouraging use of RTGS/ IMPS/ NEFT for transfer of funds to be used for trade – is case businesses have surplus limits – online transactions should be done to continue trade

4.       Peer to peer lending: Another alternate at this stage is to use p2p lending which not only provides access to short term credit but also this is done at a very fast pace. The traders/ general public who do not have limits from any financial institution and are facing a short term credit mismatch may create an account online on a p2p platform and get access to credit quickly.

While the common man is supporting the Governments move to demonetization; at the same time options such as p2plending act as a support to ensure there are no disruptions in the trade also.

NARENDRA MODI, A GAME CHANGER STRIKES BACK AT CORRUPTION

fight against corruption and terrorism narendra modi narendra modi speech for corruption Rs 500 and Rs 1000 banned rupaiya exchange surgical strikes on black money
Narendra Modi, Prime Minister of India surprises everyone with one of his game changing move to fight against corruption. On Tuesday i.e. on 08th November 2016 announced that “Reserve Bank of India demonetise existing Rs 500 and Rs 1,000 currency notes and will not be expected universally from 12 AM, 9th November 2016 onwards”. 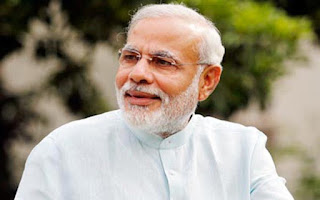 The unexpected move by the government is designed to fight back against black money, corruption, terrorism and money laundering. Modi in this speech said “Corruption is a disease to country’s economic success”.

This surprise bomb is to bring the unaccounted cash worth billions of dollars into the mainstream economy which can result in the economic growth of country. Also this move is aimed at breaking the shackles of fake Indian currency.

Many people have termed this move as #surgicalstrikesonblackmoney

Modi in his speech added “New Rs 500 and Rs 2,000 denomination notes will be issued at a later date”. People will have 50 days i.e. upto 30th December 2016 to exchange the old money for new at banks but will have to show valid identification.

What Impact it will create on common people or richie rich society?

You will get value for the entire amount that is tendered at the bank branches and you can avail cash upto Rs. 4,000 per person irrespective of the amount. The businesses who are already using electronic transaction such as NEFT/RTGS/IMPS/Internet Banking/Mobile Banking need not worry about it.

You can withdraw from ATMs upto a maximum of Rs 2000 per day till 18th November and after that Rs. 4000 onwards.


Common people i.e. poor people and lower middle class which has less amount of money i.e. savings may not be affected for showing the amount but when it comes to upper middle class or Richie rich society that would face some serious issues as the black money would be involved so depositing large amount of money in banks will be questionable.